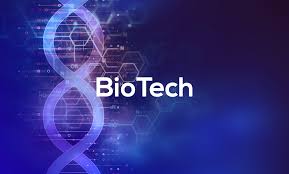 This week’s tip isn’t about a specific tool–but a really interesting look at how a tool was used in the context of some general public outreach messaging. Recently I posted about Aquaria, a new tool available to let biologists explore protein structures, mutations, and domains in user-friendly ways. But an interesting example of how the information about protein structures can be used to drive understanding came from a video animation of protein accumulation in Alzheimer’s. Just have a look at the video first and enjoy it. How cool is that clathrin basket pulling the vesicle in?

found out about it as I was looking at the upcoming VIZBI talks and exploring their site for other features. In the VizbiPlus section there are a number of excellent animations of molecular processes, and this video was one of them. Be sure to watch for other tweets with the #vizbi hashtag for the next few days. I bet you’ll see some amazing tools and visualizations, as always.

Recently I mentioned the longer, more comprehensive, video from the Aquaria team, but I didn’t use that for my tip–I just used the short version overview. But the longer version had this extra bonus piece of how their software had been used by this animator. Here is Christopher Hammang, creator of this video, describing how he used the Aquaria information to generate the structural model for his animation:

Often it helps people to see how someone else used a tool for a project to get a better grasp of it. And this seemed like such a compelling and unusual example, I wanted to highlight it.

So again I’ll point you to the Aquaria tool tip from earlier this month to explore more, now with an understanding of an example of its use. But I would also encourage you to have a look at the other animations coming out of VIZBI at the VizbiPlus page. I swear, the animated intestine is way cooler than you might expect. The diabetes + insulin receptor videos are really informative and helpful. A cancer video illustrates a misbehaving p53.  Go look.

Community and find it very useful. Often questions and answers arise at Biostars that are germane to our readers (end users of genomics resources). Every Thursday we will be highlighting one of those items or discussions here in this thread. You can ask questions in this thread, or you can always join in at Biostars.

Biostars is a site for asking, answering and discussing bioinformatics questions and issues. We are members of the world.

In fact many people around the world are working in this domain. some studied bioinformatics and some not (even I see physician are doing bioinformatics). I have been reading papers from all known journals which publish biology related bioinformatics papers or pure bioinformatics. I can tell , pretty much around a topic all times.  I know it is very general question and we cannot give a great and direct answer to it. However, I would like to know which topics you think are the hot spot these days for bioinformatics?

for example, many people are doing sequencing ( of course we cannot have a golden standard because “all modelling are wrong but some are useful “) so these types of studies are going to be forever?

We all know that bioinformatics is only a tool and not the pure science itself. so can we think that it is a died field since mathematics/statistics found itself already or so much left to do ? if so much left to do, what could be those topics ?

I am so eager to know about your opinion